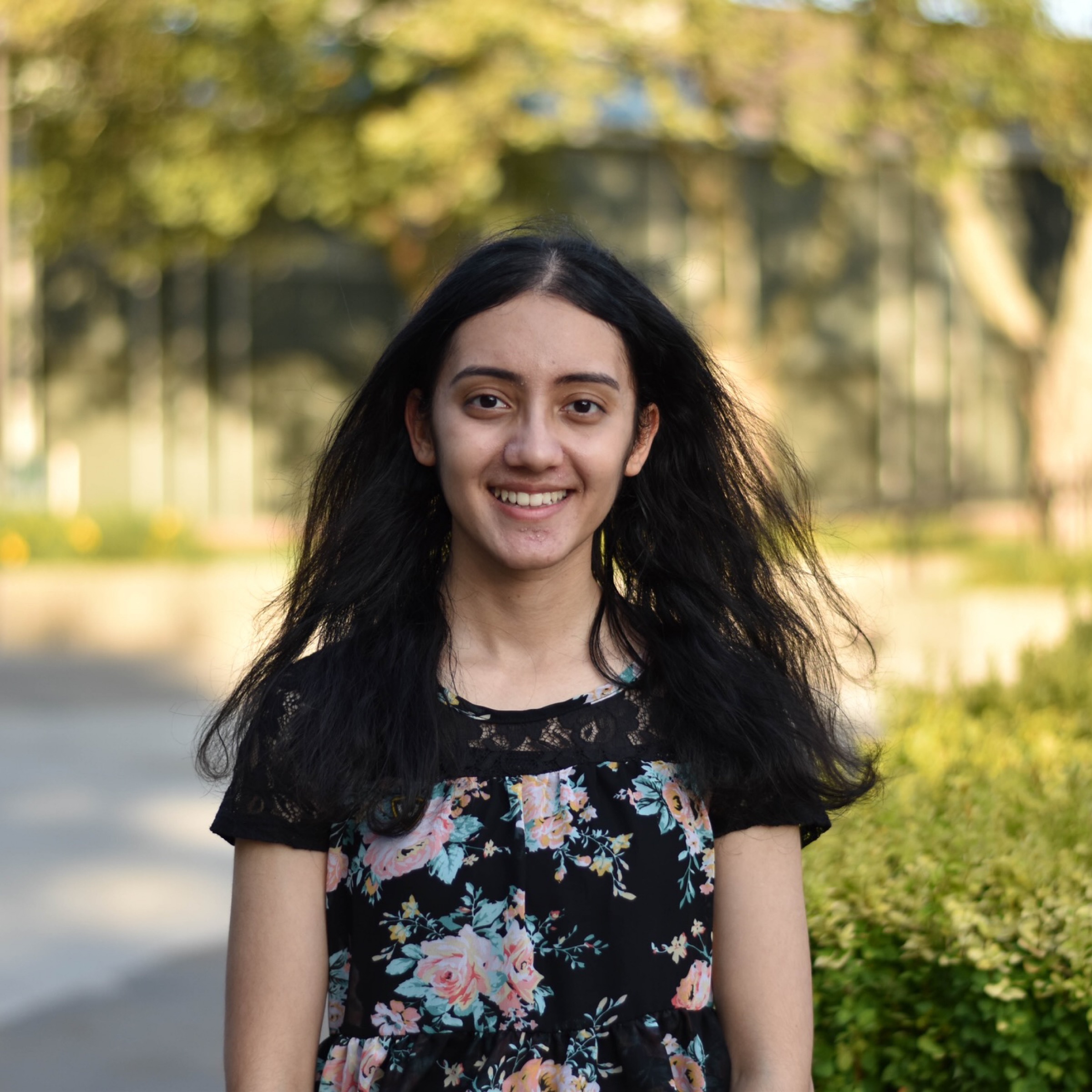 President
gh1537@wayne.edu
Riya Chhabra is a Junior pursuing a Bachelor's in Public Health with a co-major in Honors. She presently serves as the Director of Student Services for the 2019-20 Senate term. Her interests include general education reform and increasing mental health resources around campus. She worked on these initiatives when she served on Student Senate last year by providing feedback for the new syllabi, as well as promoting mental health awareness week. Outside of Senate, Riya is a part of Delta Epsilon Mu, a professional pre-health fraternity. 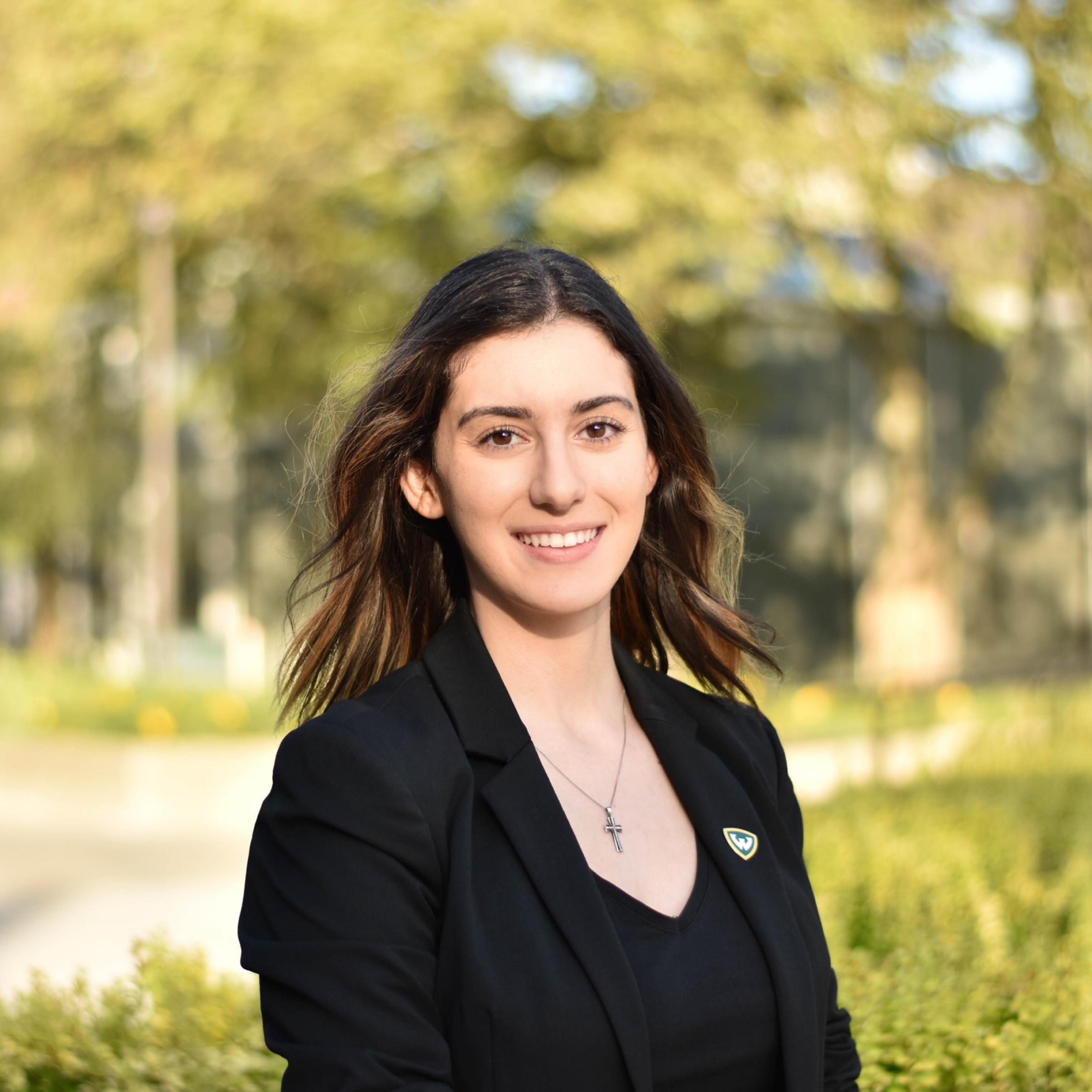 Marcella Eid is currently a Junior pursuing a major in Political Science in the College of Liberal Arts and Sciences and the Irvin D. Reid Honors College at Wayne State University. She presently serves as the Director of Public Relations for the 2019-20 Student Senate term. She served as a Senator at Large during the 2018-19 Student Senate term where she was a part of the Registrar's Task Force and many initiatives such as implementing early access syllabi functions, improving recycling accessibility around campus, and improving student facilities. When Marcella is not on campus, she works at a nationally recognized law firm as a legal assistant. She plans on attending law school after her undergraduate education and becoming an attorney in the near future to contribute to the city of Detroit. 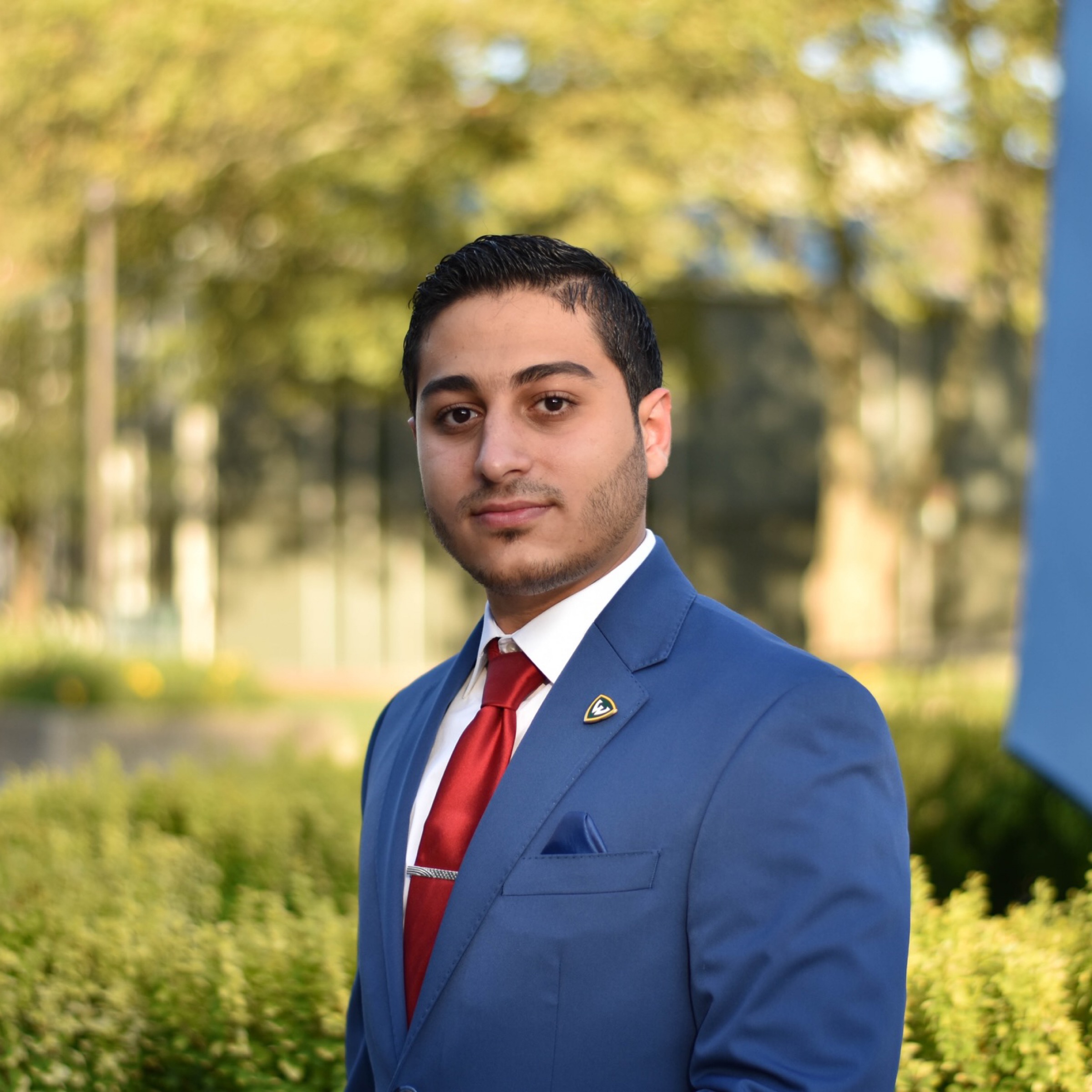 Parliamentarian
gb1359@wayne.edu
Basel Berry is a Junior in the College of Liberal Arts and Sciences at Wayne State University, majoring in Biological Chemistry. Basel is a pre-medical student who is passionate about pursuing a career in medicine. His dream is to become a neurosurgeon. Why a neurosurgeon? "Because a neurosurgeon brought my dad back to life after he got into a catastrophic car accident". Basel's main goal and focus is to get into Wayne State University's School of Medicine. Furthermore, he volunteered at a doctor's office for a total of four hundred hours during the summer of 2018. He has also been a volunteer tutor off campus, tutoring mathematics and different sciences for three years. In addition to that, he volunteered as an Orientation and STEM Day Leader. Basel is dedicated to give back to the community in any means possible. 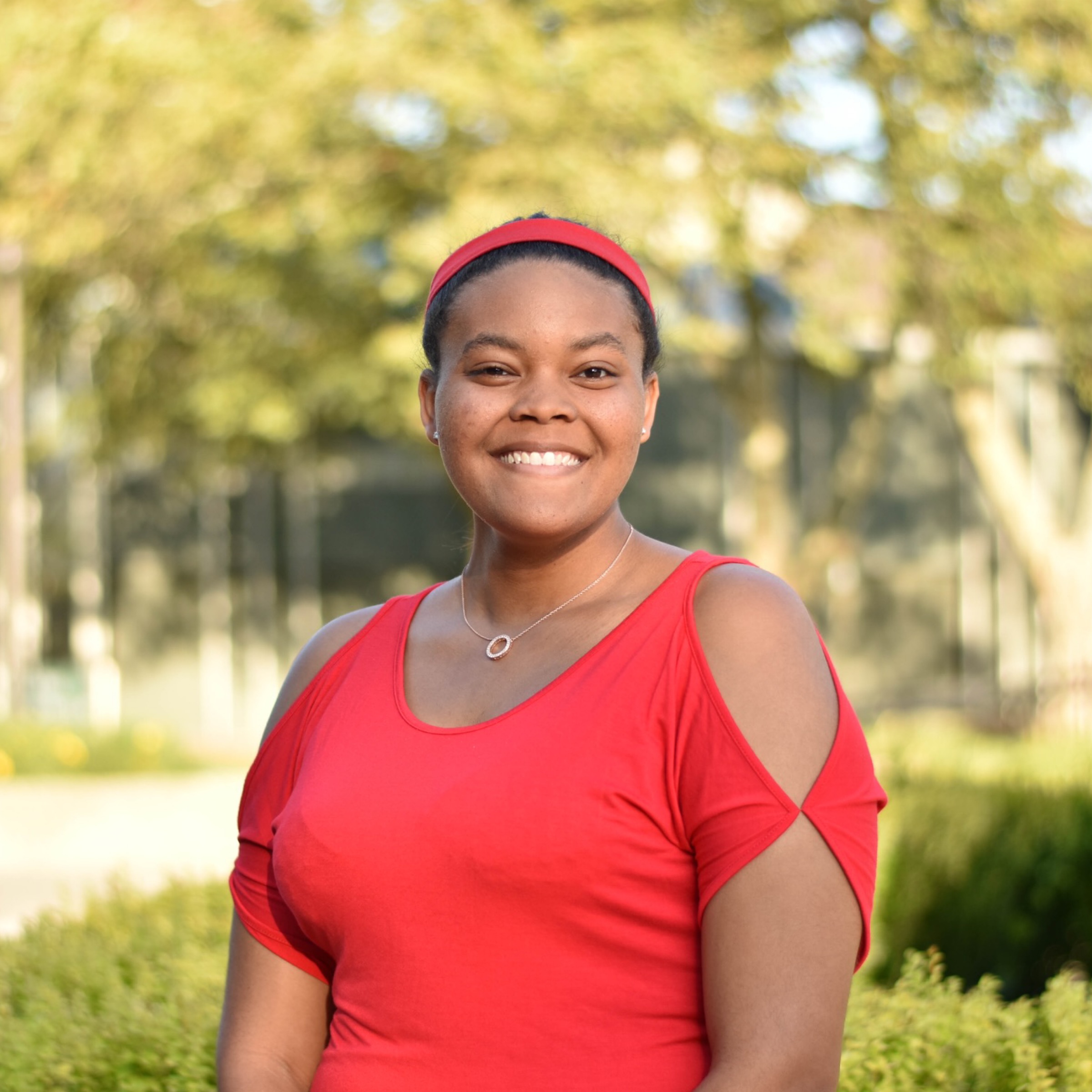 Treasurer
School of Medicine Representative
fz5268@wayne.edu
Jasmine Coles is a Senior majoring in Honors Biological Sciences and minoring in Health Psychology and Public Health. She has devoted her last four years on Student Senate to diversity and inclusion and student life. This term, Jasmine will be serving as your Director of Community Affairs and Honors College Representative. She hopes to work on her past initiative of improving black student success as well as working on some new initiatives involving student life. Some initiatives that she has seen come to pass during her Senate terms includes a Conversation Cafe for Black students, increasing the number of CAPS counselors, and working to keep tuition constant. Jasmine has been a part of many academic senate committees and worked with many student groups to see change in the University. She is excited to continue the push for change this year and is always open to suggestions from students. 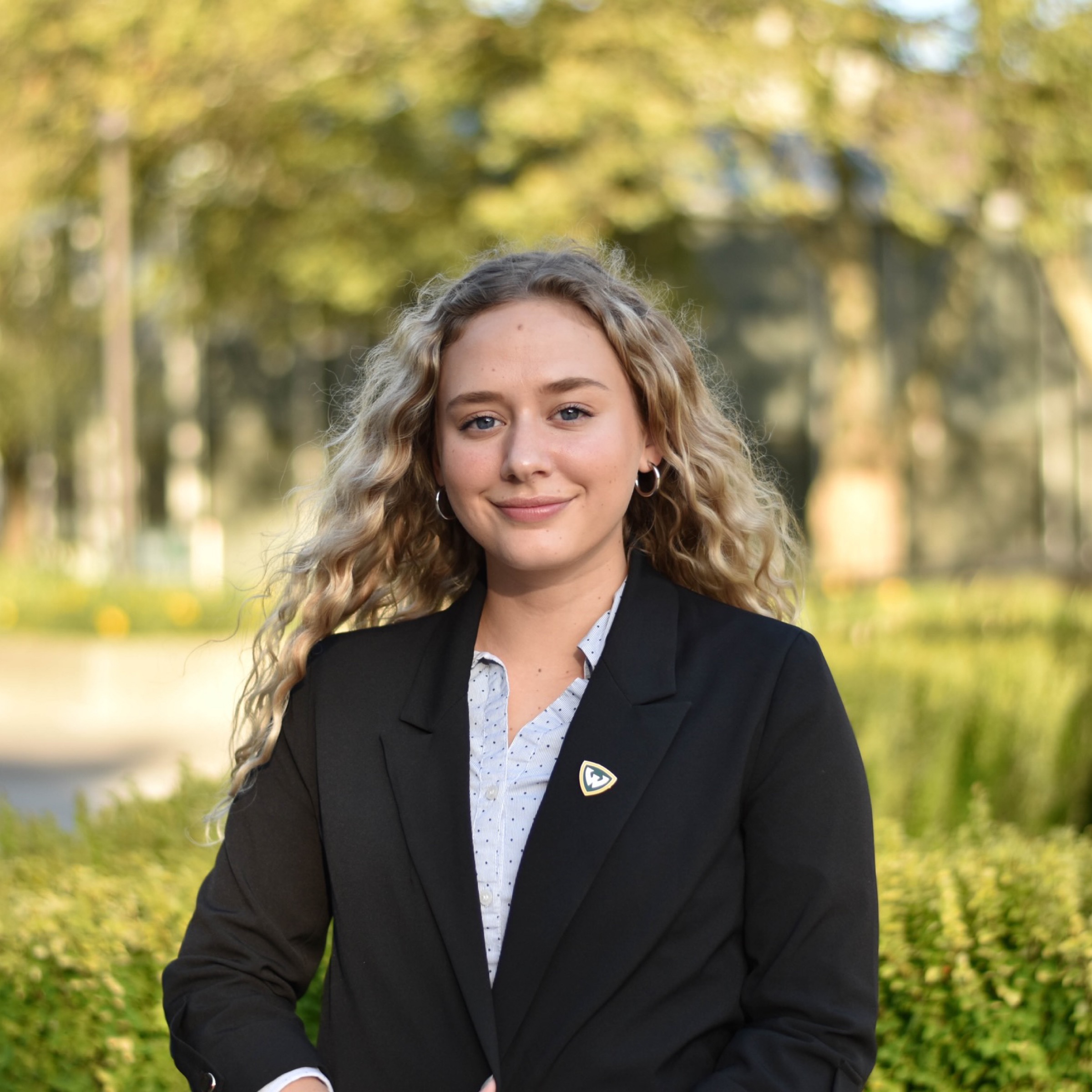 Secretary
College of Nursing Representative
fw0294@wayne.edu
Madison Wiljanen is a Junior in Wayne State University's College of Nursing pursuing a Bachelor's of Science in Nursing along with a minor in Public Health. For the past two years, she has worked for the Office of Housing & Residential Life as a Resident Advisor and serves as the Captain of the Women's Club Soccer Team. Through her RA role, she has executed successful programs surrounding Feminism, Intersectionality, and Academic Success. Madison has a passion for community health and environmental policy reform. She enjoys living in Detroit and wants to help others utilize the unique opportunities Wayne State has to offer. Outside of school, Madison enjoys watching the news, riding her bike and listening to music. 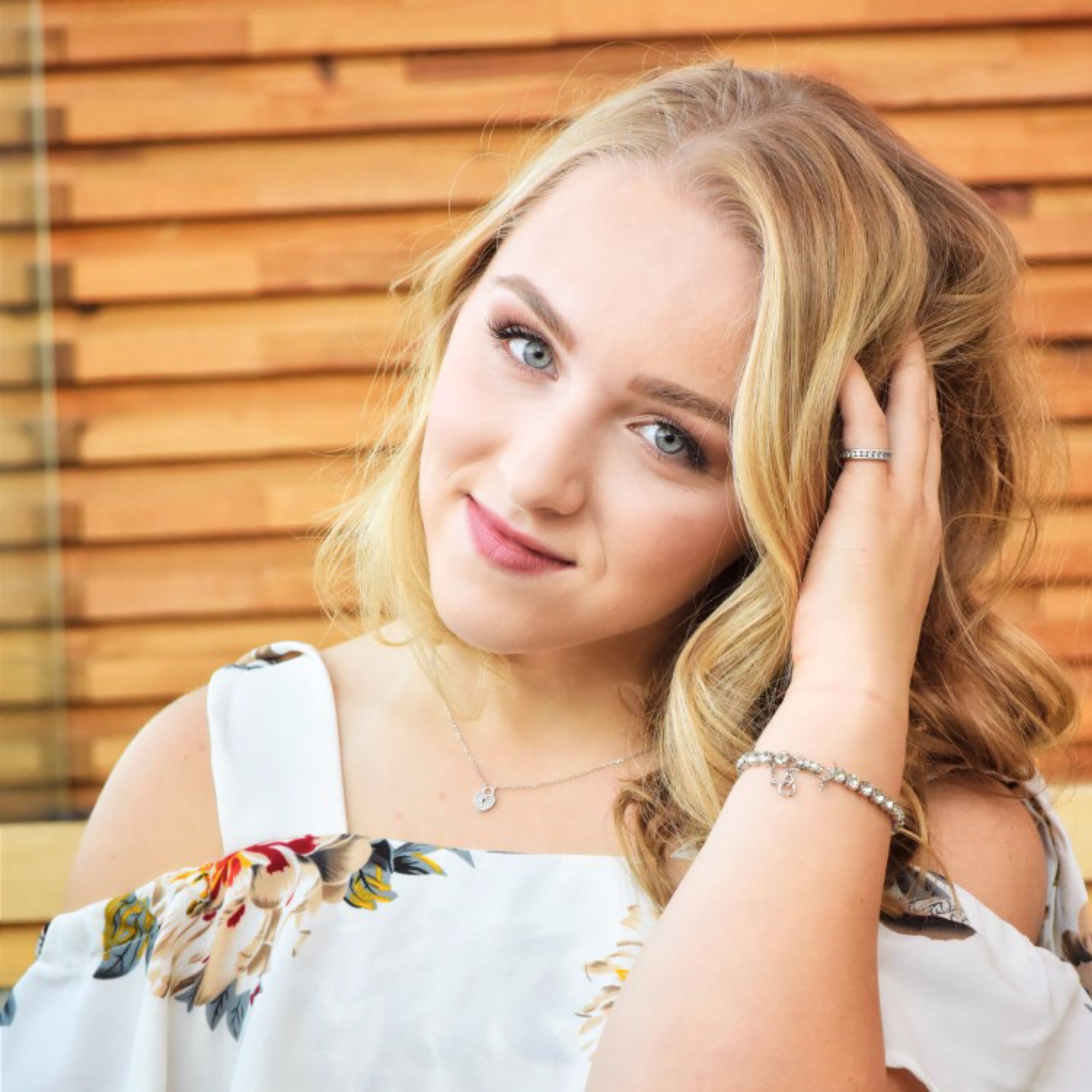 Director of Government Affairs
Housing and Residential Life Representative
smayes@wayne.edu
Sailor Mayes is a second year student at Wayne State University, studying Political Science and Communications. Sailor has been involved in numerous political campaigns, has Interned for Senator Peters and Representative Slotkin, was elected as the Vice President of the Rochester Hills Government Youth Council (RHGYC) Interned for the DCCC, and is the former President and founder of Students Demand Action here at Wayne State University. She has travelled to the Dominican Republic to help out struggling families get the resources they need, built houses in Detroit and Pontiac, and Volunteered for numerous cleanup effort groups around the Detroit area. She has also travelled to Israel and Palestine to understand the in depth issues plaguing the two states. Sailor plans on working for the Government and successfully building a better future for the generations yet to come. 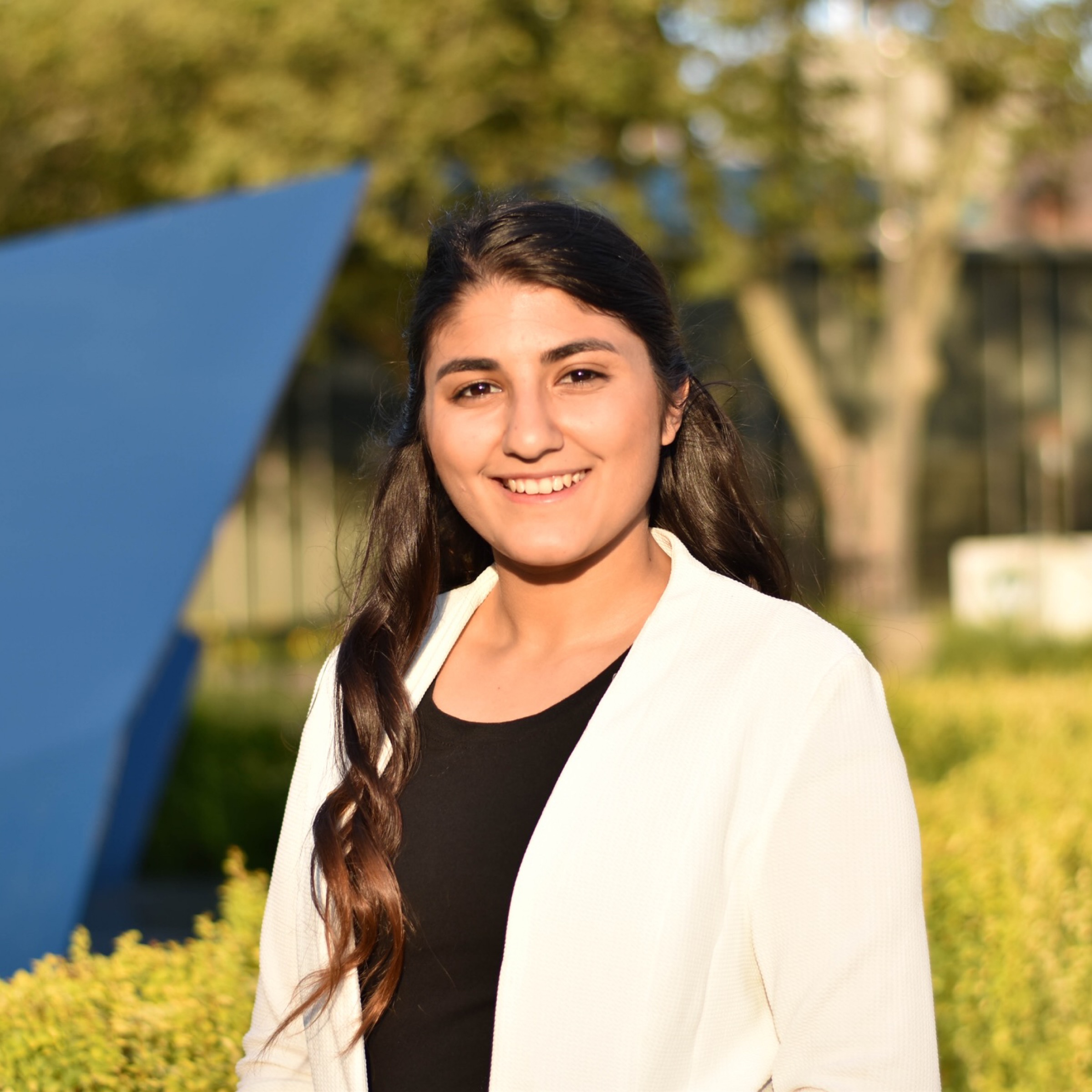 Director of Community Affairs
gf7839@wayne.edu
Ameera Hashwi is currently a Junior majoring in Economics with a Pre-Law minor. One of the things Ameera loves about Wayne State University is all the ways students can get involved on campus. She currently serves as the Treasurer for the History Club and is looking forward to her year on Student Senate. Outside of school, she enjoys relaxing with her friends and volunteering.
K 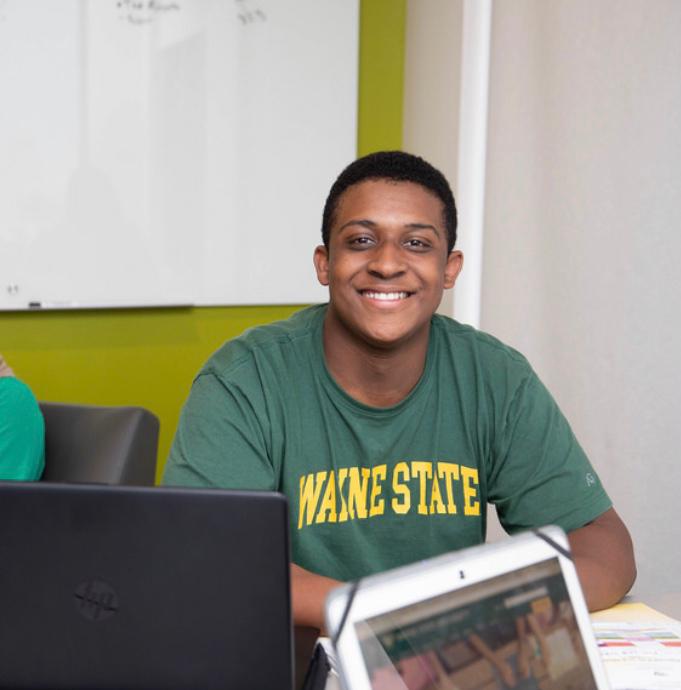 amali Cora
Director of Student Services
College of Liberal Arts and Sciences Representative
gj5178@wayne.edu
Kamali Clora is a fourth-year Public Health major with a music minor in the Irvin D. Reid Honors College. Outside of his coursework, he works as a resident advisor in Atchison Hall and an undergraduate research assistant in the Biological Sciences Building. He is currently developing a non-profit organization to prevent the diminishing bee populations within the city, while helping to increase food security. By being involved in previous student organizations, Kamali has gained connections and insight on optimizing student success at Wayne State. He joined Student Senate because he wants to leave this university better than he found it, while empowering students to create change at WSU and the larger Detroit community. As a sustainability and student wellness advocate, Kamali has sponsored resolutions supporting the creation of the campus-wide black council (CBC) and the funding of retention and graduation promoting activities for African American students. In addition, he sponsored the creation of a campus-wide provisional land acknowledgement, and to respect the legacy of native peoples. Currently, he focuses on increasing student voter registration access. 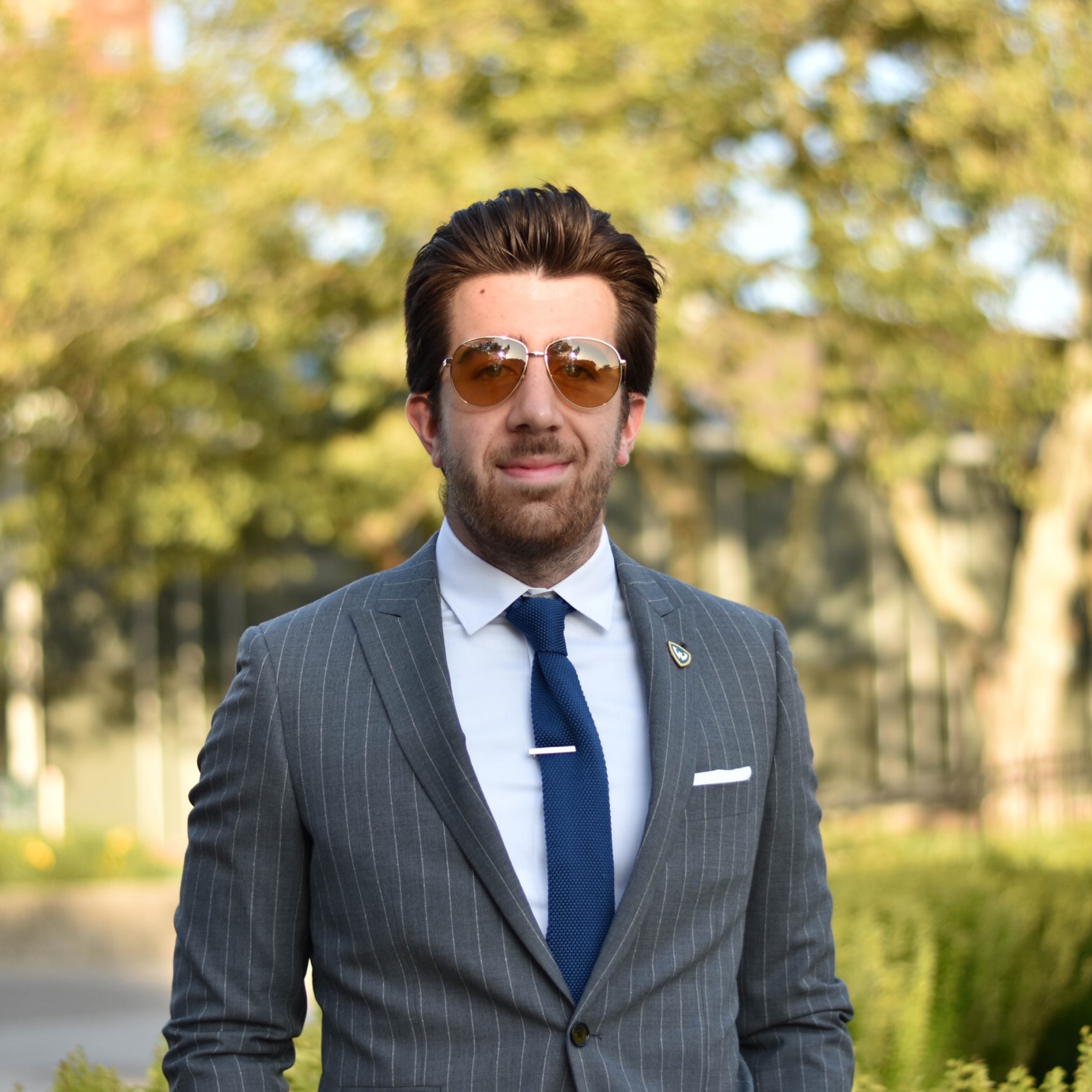 Graduate School Representative
bijal.patel3@wayne.edu
Bijal Patel is the Graduate School representative on Student Senate. She is a PhD candidate currently pursuing research in tissue engineering. She graduated with a Bachelor's of Science degree from Wayne State in Biomedical Engineering with a minor in Mathematics, where she is also a teaching assistant. During her time at Wayne State, she was empowered by the great changes brought on by Student Senate and joined Senate in the same pursuit and to be the voice for graduate students. In her spare time she likes to explore Detroit for coffee shops and go fowling! Senator at Large
gb8104@wayne.edu
Afifi Kadadu is a first-year nursing student, majoring in Nursing and Public Health. A little bit about her is that she loves to read, listen to music, and do lots of outdoor activities. Every year she has grown more with being involved on campus. Her freshman year she went to Residential Housing Association meetings, her sophomore year she was President of Towers Hall Council and her junior year she became a Resident Advisor. Throughout her academic career, she has considered herself an involved student, seeking opportunities to give back to her own community and communities around her. Much of the communities she has had the fortune of participating with, face unfair disadvantages such as depleted economic sources, uneven access to literacy tools, and other structural shortcoming. Not only does focus her work locally in Detroit but also devotes her time and efforts to the concerns in her hometown, Flint. 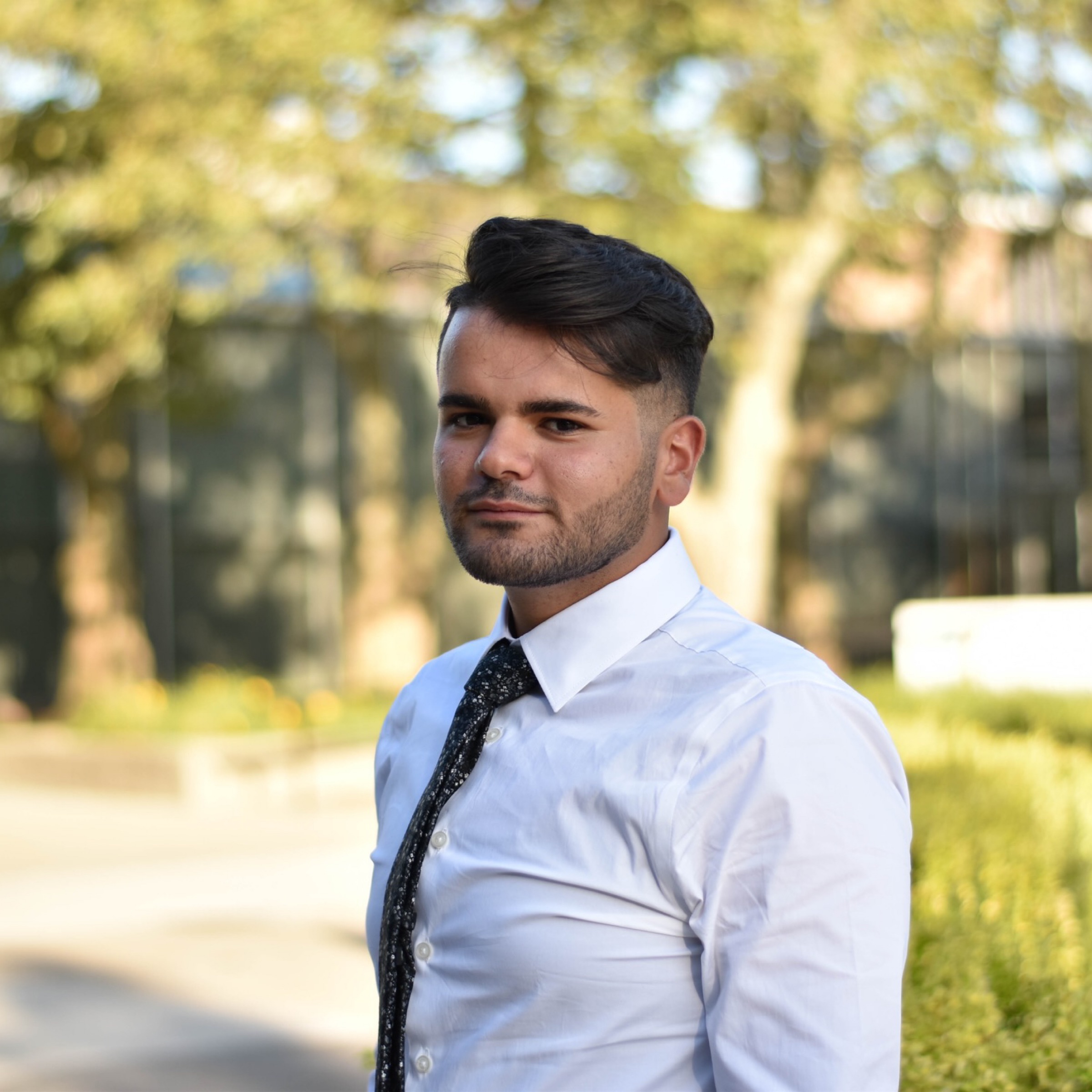 Senator at Large
gh7820@wayne.edu
Hussein Bazzi is currently a Junior at Wayne State University, obtaining a dual degree in Public Health and University Honors, as well as a minor in Global Health and Social Medicine. Hussein previously served on Student Senate, as this will be his second year serving on Student Senate. Hussein is very excited to work with his fellow senators to represent and be the voice for many students here at Wayne State University. Hussein believes that different customs, beliefs, and culture all play a factor in molding Wayne State University's campus. Hussein believes that through his different experiences, beliefs, and upbringing, he will be able to contribute to the energy of the campus and help better it.  Hussein's primary goals are to lessen the financial burden student's face at Wayne State University, work first hand with Wayne State's Commuter population to come up with first hand solutions to their concerns, bring about more awareness of mental health on campus, and work to ensure minority student's have the tools to succeed. With the desire to represent and advocate for others, Hussein plans to attend medical school. Besides student senate, Hussein is involved in other organizations; Irvin D. Reid Honors College, Community of Scholars, Lebanese Student Association, Global Brigades, helping with political campaigns, and volunteering as a research assistant at Wayne State University's Emergency Medicine department. Hussein is excited to see what this next year will bring. David has served as Wayne State's Dean of Students since January, 2002. In this capacity, he leads the university's student affairs activities, including the responsibility for student and campus activities, student organization resources, fraternity and sorority life, student community involvement, Warrior Pride affinity programs, student senate and student conduct and care services. David chairs the Student Update and Information Team (SUIT), serves as the university's Title IX Deputy Coordinator, represents student life on the university crisis team, and serves as the Office of the Provost's representative to the Academic Senate's Student Affairs committee. Since 2011, David has been an adjunct lecturer in the WSU Department of Economics where he teaches a section of Principles of Economics each fall and winter semester. Prior to joining Wayne State, David served as the Associate Director of the University Honors and Scholars Center at The Ohio State University and the Assistant Dean of Students for Greek Life and Student Activities at Centre College. David received his Ph.D. in Higher Education and Student Affairs from The Ohio State University, his Master of Science degree in College Student Personnel Administration from Indiana University, and his Bachelor of Arts degree in Economics from Bucknell University. David is a member of NASPA-Student Affairs Administrators in Higher Education where he serves on the region 4 east board and is on the boards of the Farmington YMCA and the Lester & Jewell Morris Hillel Jewish Student Center at Michigan State University. David enjoys swimming, handy work projects around the house, gardening, and spending time with his wife Amy and children Nate and Caroline